Pleat’s up in the ascendancy / Welcome 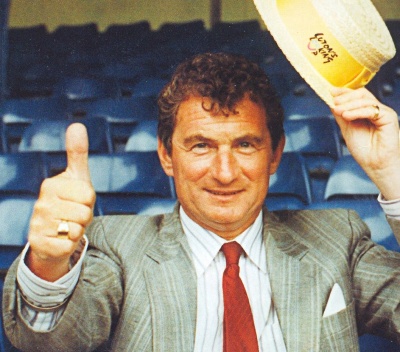 “And Arsenal really must feel that the sight is in end”, said David Pleat in 2006, as Arsenal were 1-0 up, and 26 minutes away from winning their first European Cup against Barcelona.

As I watched the final in a Moroccan café 50 yards away from Highbury (all the pubs were full, and my friends and I were desperately searching for somewhere to watch the game. Then, the kindly proprietor noticed our dilemma, and waved us in; it felt rather bohemian at the time, like something Albert Camus would have done), no-one seemed to cotton onto the Pleatism until I burst out laughing, and told everyone. Little did I realise the impact the Commentator’s Curse would have. It was wrong in so many ways, yet beautiful in others.

Another Pleatism (again involving Arsenal) closely follows, and was again in a game of the utmost significance: the title decider against Liverpool at Anfield in 1989.

While Arsenal are in desperate need for one more goal to snatch the Barclays League title (strange how things come back in roundabouts, isn’t it?) from Liverpool, Pleat goes on to blabber:

“Although Arsenal aren’t going to win the Championship, it is somewhat poetic justice that they have a result on the night.”

Has anyone else ever been able to find a glint of irrelevant solace like Pleat?

Anyway, while trying to find a clip to illustrate the above (but to no avail), I found this this beauty from the underrated BBC animation series, Monkey Dust – it’s up for grabs now!:

The Sight is in End will take an irreverent look at all sports (although I admit that this is football-centric, but fear not! Cricket! Tennis! Polo! American Football! Chess! Bridge! Yes! Chess and Bridge are sports, according to the IOC – it’ll all be here!), with the hope of being humorous, entertaining, and most importantly, informative.

It will keep in touch with the goings-on in the world of sport (or offerings that have some relevance to sport; or, a tenuous link…) especially when we have a busy year ahead of us. We will try to bring you everything from the widely covered, to the almost forgotten. They’ll be dogmatic opinion and pragmatic thought, expressed in comment pieces, reports, features and maybe the odd interview. We shall try our best.